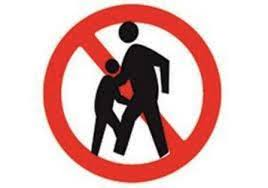 Sexual abuse especially on children remain among the top worst form of abuses as it causes more psychological and emotional damage than an actual physical damage. Most times, they come with feelings of self-hate and condemnation as the victim worries that he/she inadvertently caused the attack or attention and must somehow pay for it.

Such victims are affected adversely and manifest their hurts by either being very reserved or unnaturally aggressive. A once fluent child suddenly develops a stutter due to the fear implanted by the predator or could become unnecessarily clingy to their parents refusing to let anyone else touch them. Some unfortunately become sex addicts as they become wild and careless using the cheap thrills of sex to douse the pain of the abuse inflicted on them as youngsters.

William Shakespeare, the great literary author made a quote in his book ‘Macbeth’, it says, ‘there is no art to find the mind’s construction in the face’. This was in reference to the right-hand man of the King who conspired with his wife to kill the King and take his throne. The King trusted the Right hand man so much and he of all people stabbed the King at the back. This illustrates further that Sexual Predators are hardly strangers but people dear to one’s heart. People that have been given a level of trust and access into the home and life of the child. It could be the help in the house, the driver, an uncle/aunty, the teacher, a neighbour, the pastor, a family friend or God forbid, the Father/Mother. It is highly unlikely but possible to hear of a stranger molesting a child. How then would you recognise a potential sexual predator? While these may not be 100% certain, they are few pointers to help you protect your child from possible harm

Look for warning signs. A stereotypical preparatory behaviour is someone who touches a young girl around the breast area or any child around the crotch. They might then laugh or giggle, saying, “Oops! Did I get you?” If it’s innocent, that would be the end of it. If it’s more sinister, then it would happen again, probably very quickly, and could be something like: “Oops – did it again! Did I get you there?” accompanied by a touch in a sensitive place. Your Red Alert should be going off by then, but sometimes you tell yourself, “Oh, it was an accident,” or “He’s just playing a game.” He’s not – at least not any game you should be playing.

A predator may even be quite brazen. One case had a young girl sitting on the bench seat of a pickup truck between her father (driving) and her father’s friend (in the passenger seat). The friend slung his arm around the girl, and though it seemed friendly, he was fitting his hand in between her arm and her breast. He never made an overt move, but she felt his fingers feeling around there on the side of her breast for long minutes. She never made a sound or alerted her dad, who was sitting right next to her.

Repeat: A predator counts on you to keep your mouth shut. When this girl told her dad about it years later, her dad confessed that he felt something was wrong, but couldn’t put his finger on it. Again continued attempts to touch you, hold you on his or her lap, or to try to get you away from others should trigger your concern.

Now let’s talk about online sexual predators. One of the attractions of the Internet is the anonymity of the user, and this is why it can be so dangerous. A child doesn’t always know with whom he or she is interacting. Children may think they know, but unless it’s a school friend or a relative, they really can’t be sure. Often we think of pedophiles as having access to children out on the playground and other places, but because of the way the Internet works, children can actually be interacting on their home computers with adults who pretend to be children.

Offline, pedophiles typically operate in isolation. Never before have had paedophiles had the opportunity to communicate so freely and directly with each other as they do online. Their communication on the Internet provides validation, or virtual validation, for their behavior. They share their conquests, real and imagined. They discuss ways to contact and lure children online and exchange tips on seduction techniques. They are using the technology of the Internet to train and encourage each other to act out sexually with children. The Internet also serves as a tool for predators to exchange tips on the avoidance of law enforcement detection.

The most common means by which sexual predators contact children over the Internet is through chat rooms, instant messages and email.

My advice, be alert and watchful. Don’t be blind to the signs Remember, it is better to be safe than sorry